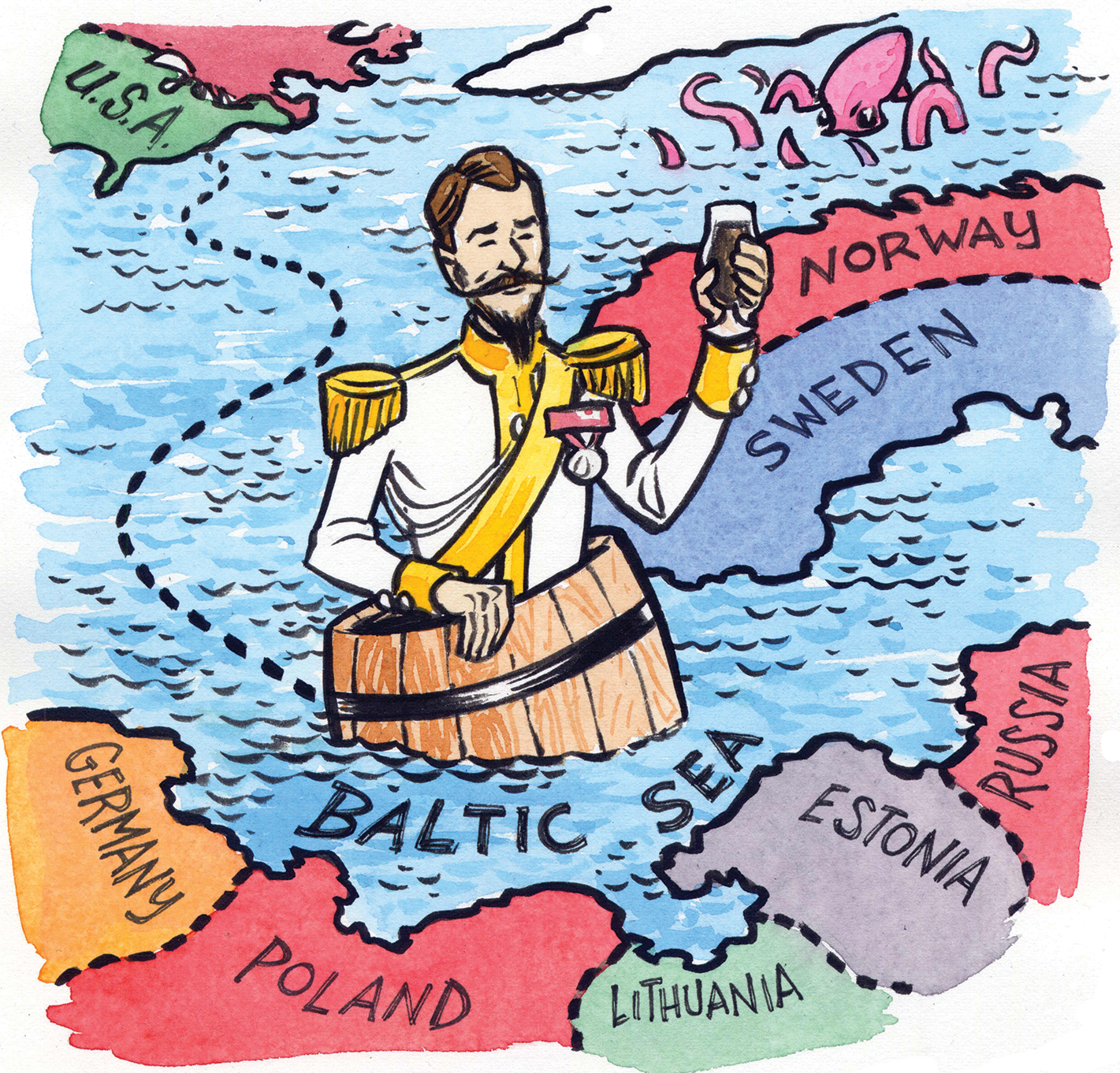 Beer historian Randy Mosher describes Baltic porter as arguably the true heir to English porter, because it’s been continuously brewed for about the past 200 years. Taking its cue from 19th-century porters, but of a stature more in keeping with Russian imperial stouts, contemporary examples can be found in the Baltic states, Scandinavia, and Russia; but also Poland, the Czech Republic, and former East Germany. Bourbon, as if it needs an introduction, is American whiskey containing at least 51 percent corn and aged in charred new oak barrels. My favorites have a high rye percentage—which, by coincidence, would show nicely if paired with some dark malt character.

Baltic porters are littered with adjectives like rich, full-bodied, and complex. It’s strong, but malty and sweet, with a fairly viscous final gravity. They have some overlap with doppelbock and schwarzbier— being a porter, there will of course be roast malt, but it’s not roasty enough to be a stout. We’ll need it to stop short of acrid bitterness, and the hop bitterness should be just enough to balance it all out.

In keeping with its provenance in Europe’s cold north, Baltic porters are traditionally fermented with a lager yeast. If your basement, brew room, or fermentation fridge permits continuing that tradition, awesome. If not, a clean-fermenting ale strain will work fine.

This Bourbon Barrel Baltic Porter is just one of 64 witty and detailed homebrew recipes originally published in Michael Dawson’s debut book, Mashmaker: A Citizen’s Guide to Making Great Beer at Home. A limited number of copies are still available on Beer Dabbler’s Indiegogo campaign until it closes on January 15 at 11:59 pm.

Remember, roasty but not acrid: The dehusked Carafa I will make our Baltic porter dark but not stout-black, with licorice and molasses flavors but not French roast coffee.

American oak: It matches our bourbon infusion, though French or Hungarian oak cubes would work too. Heavy Toast is as close as we can reasonably get to charred oak from the shelves of your local homebrew store, bringing that caramelized and woodsy campfire quality.

Bourbon selection: High-rye and/or high-proof bourbons will have a bit more presence in the finished beer than a high corn or wheated whiskey. Follow your muse.

Eastern European hops: We’re looking for some relatively exotic Slovenian and Polish hops for this recipe, but if you can’t find Aurora and Lublin, then German Perle and Czech Saaz (respectively) would be good subs.

Make a yeast starter. At the same time, put the oak cubes in a clean glass jar, cover with bourbon, and cap the jar. Dispose of the remaining bourbon in a respectful manner.

Mill the grains, then collect and heat strike water to approximately 165°F.

Mashout: Heat it to 170°F for 5 minutes. Sparge and collect the wort in the boil kettle.

BOIL (60 minutes, while reading some Gogol.)

T-0: Cool it, transfer to a sanitized fermentor, aerate well, and pitch yeast.

Primary fermentation: Aim for a maximum temperature around 50–55°F. When activity begins to slow, allow the fermentor to warm up to approximately 60°F for a 2–3 day diacetyl rest. This should be complete in around 10–14 days.

Drain the oak cubes (or not!) and place them into a sanitized secondary fermentor. Rack the beer on top and cool to lagering temps. Sample periodically during lagering to keep tabs on the level of oak flavor, and package the beer when it’s to your liking.

About the Author: Michael Dawson

Michael Dawson is the author of Mashmaker: A Citizen's Guide to Making Great Beer at Home. He is a longtime homebrewer and 20-year veteran of the beer industry. He was a founding member of the webcast “Brewing TV” and sits on the editorial review board for BYO Magazine. A BJCP-certified judge since 1998, Dawson has authored articles on beer for several local and national publications including The Growler Magazine.

**UPDATE: You did it, Dabblers! We raised more tha