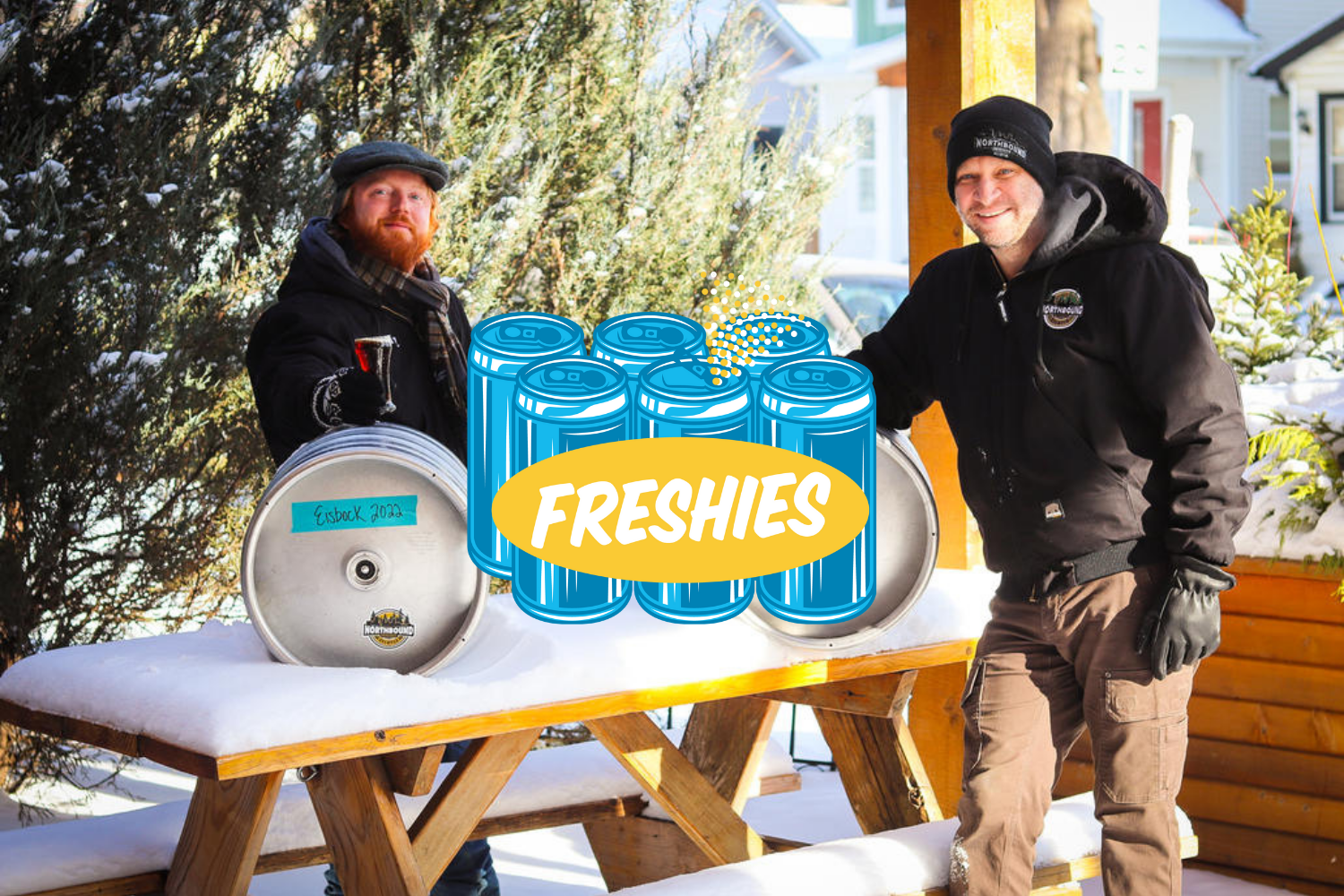 If you’re sick of hearing about Dry January, too bad. N/As have infiltrated Freshies this week, with non-alcoholic options appearing around the state in a refreshing range of styles that include wit, sour ale, and a peanut butter porter.

But don’t fret if you’re still imbibing this month. There are a lot of big beers coming out too, such as the return of Hopslam and Size 11, a first-ever triple IPA from Toppling Goliath and, on the darker side, Lift Bridge Silhouette (and variants). And remember, the majority of the beers listed below can be purchased in to-go containers or at liquor stores, so it’s possible to try the latest beers and support your local establishments while maintaining a responsible social distance as COVID numbers continue to climb.

Alloy Brewing Company Honey Rhubarb Wit – A limited non-alcoholic wit beer brewed in partnership with ABV Technology. “The perfect alternative for those of you taking part in Dry January’’ (or just looking for a break from high ABV beers), this n/a wit is full of flavor and body,” the brewery says. 0.0% ABV, 15 IBU.

Unmapped Brewing Quatschkopf – A Doppelsticke altbier in style this malt-forward winter beer offers flavors of dark fruit, toffee, and molasses and was brewed with maple syrup and rice for extra depth.A collaboration with Noblebräu (North Carolina).

Whether you were good or bad at math in school, here is a problem that is easy to solve… Arbeiter’s Hazin’ in the Sun • Photo via Arbeiter Brewing Co.

It's back. Our packaging and logistics teams are working very hard to get all of this year's #Hopslam out as fast as possible… in 12 and 16 oz. options! Landing in Michigan now and everywhere else soon. #EnjoyItFresh pic.twitter.com/TmpGtYsmsH

Coffee Stout is back! Hearty and satisfying, our Coffee Stout is the ultimate full-bodied brew. Wisconsin water, roasted malts, and imported hops are the natural ingredients we use to brew this bier. Cold pressed organic coffee from Just Coffee Co-op is infused into the brew. pic.twitter.com/ykmmzy587h

👀 Our Pineapple Popper is on tap now! 🍍 🌶 One keg only of this sweet heat combo. Perfect libation to wash down a taco or 6 from the Taco House next door. 🌮 🍺 #tacotuesday #mnbeer #craftbeer #beer #spicy #supportlocal #supportsmallbusiness pic.twitter.com/VqFrdRNORu

Have your latest trips to the slopes left you feel

Winter Beer Dabbler Pro Tip #8: Do Not Be Alarmed

This year at Winter Beer Dabbler, we'll be featuri