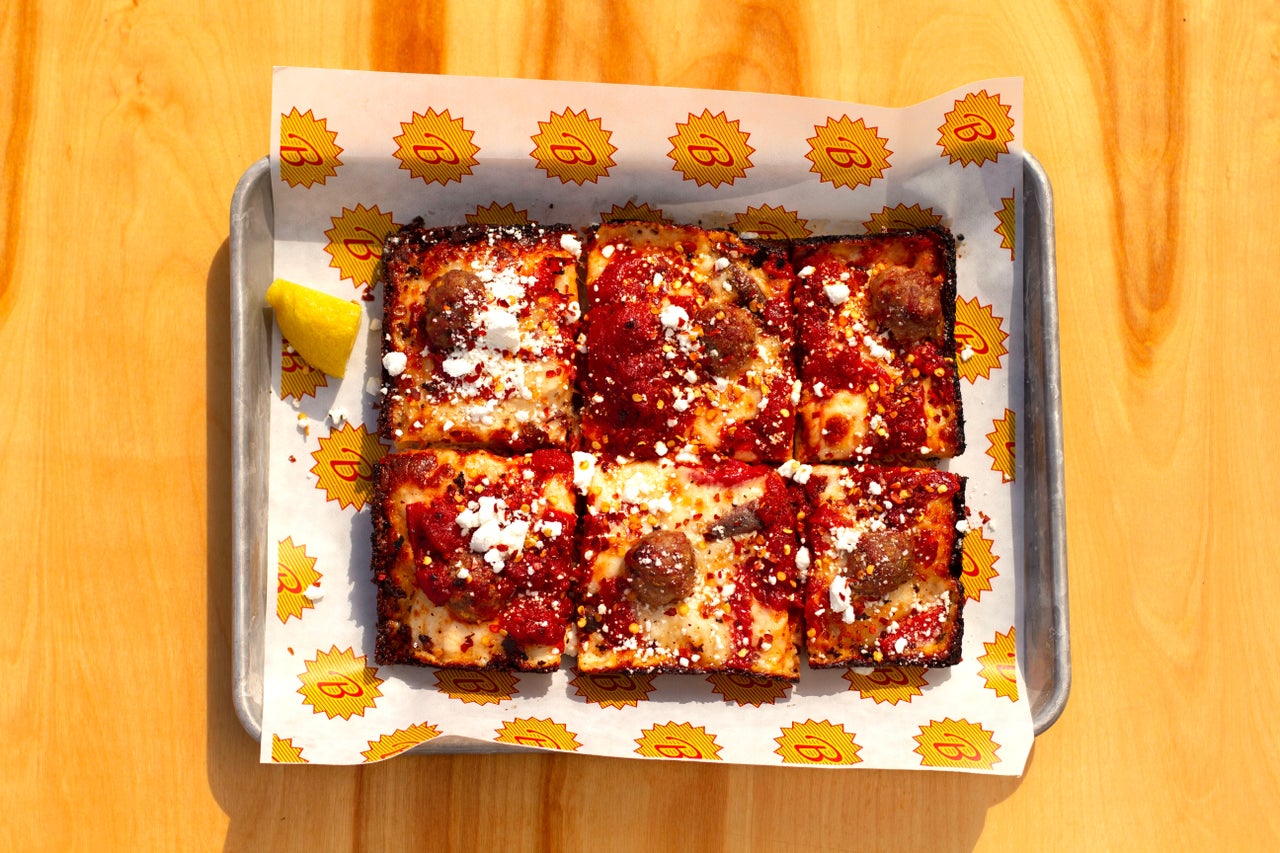 If you share a rectangular, crispy, chewy, thick Detroit-style pizza topped with crisped cheese all around the edges with Bricksworth Beer Co. owner Cooper Johnson, you may have to muscle him away from his favorite corner pieces.

Johnson is not really a fan of most pizza. But the brewpub’s chef Angelo Pennacchio, previously the chef-owner of now-closed Bar Luchador in Minneapolis and an Italian guy from Chicago (his parents came to America from Italy), has found a pizza even Johnson covets. Instead of the traditional Wisconsin brick cheddar that graces Detroit-style pies, Pennacchio uses his own signature provolone and mozzarella blend. It complements the style, keeping the creamy, bubbly cheese effect you see on Wisconsin tavern pizzas. And of course, the sauce still goes right on top.

And in Johnson’s opinion, Detroit-style takes the worst part of pizza—the crust—and turns it into the best feature.

Messing around with the established style of pizza may seem sacrilege to Detroit pizza die-hards, but Johnson and his team are no strangers to experimentation.

“It’s the same with beer,” Johnson explained about trying to make something a little different. “As long as it’s based in a deep respect and understanding of the thing you’re riffing on, it often makes for a better thing or something that’s just as good, but in a different way.” 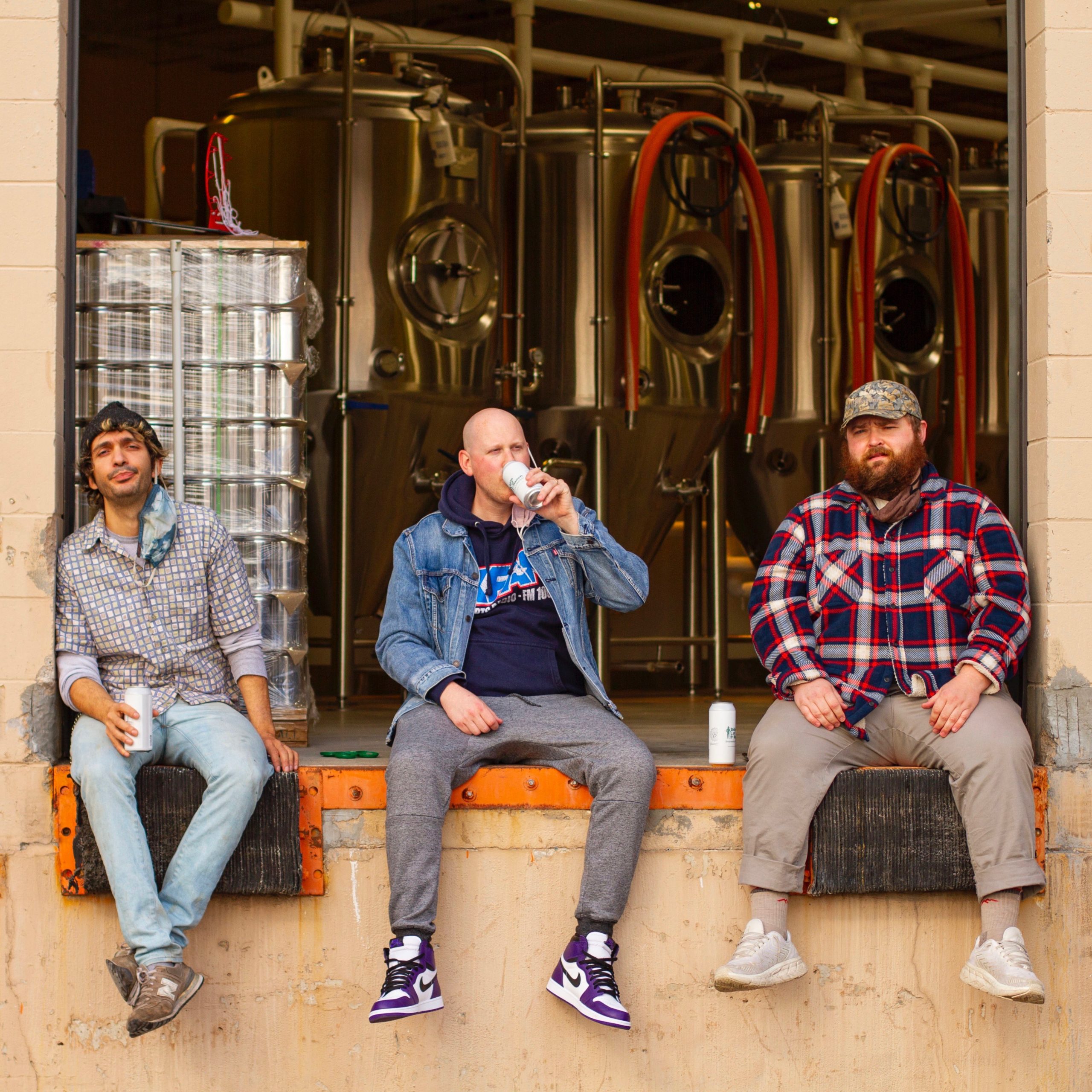 Those in tune with Minnesota’s brewing scene might recognize Johnson’s name. He was a part of BlackStack Brewing in St. Paul with his father Scott Johnson and brother Murphy Johnson. This Burnsville endeavor is a brewpub and a separate legal entity, but some of BlackStack’s vibes can be felt throughout.

For starters, A Side of Ranch and Stuffed Crust. Neither are items on the food menu, but collaboration beers—a lager and a triple hazy IPA, respectively—with BlackStack that are indicative of what both breweries like to create.

Hype beers like hazy IPAs, fruited sours, and adjunct stouts are all part of the menu. But so are lagers and easy-drinking light beers to better pair with the pizza and wings.

“In the beer world there is kind of a false dichotomy people propose that a brewery is either about lagers or IPAs,” Johnson says. “At BlackStack, they’re definitely known for IPAs and sours but brew some super killer lighter beers that are equally appreciated.

A big part of what drove Johnson to start Bricksworth is trying to recapture the energy of the early years of BlackStack.

“Once things at BlackStack settled down and I wasn’t sleeping on a couch in the back… it’s kind of like the travel bug that grows in the back of your head,” Johnson says. “And now with COVID, it’s just the chaos of the beginning of BlackStack on steroids.”

Bricksworth is a 10-barrel brewpub with five fermentors. Johnson predicts that if the brewpub is half as successful as he hopes it will be, they are going to have to add to the brewing setup quickly. The former dough production facility contains a large 6,000+ square-foot taproom in the heart of Burnsville. 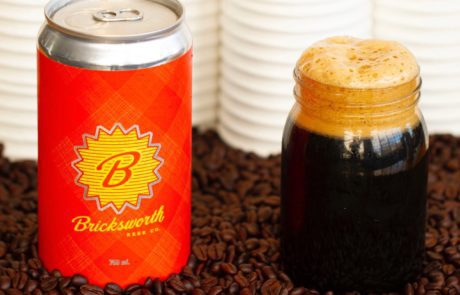 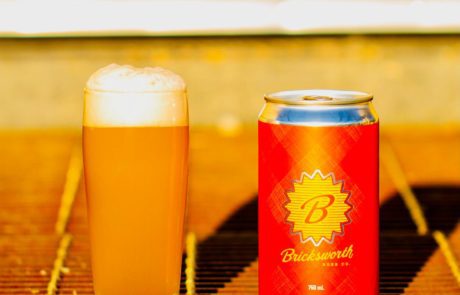 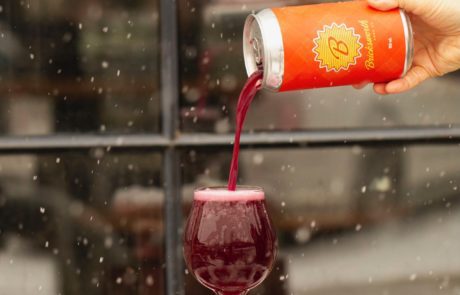 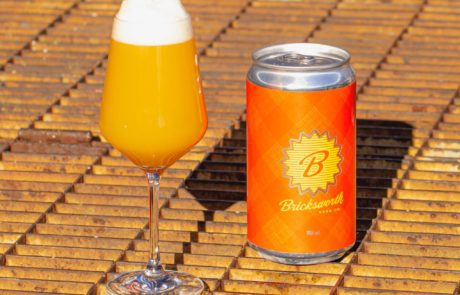 There is a full liquor license. And BlackStack is on tap, alongside other local breweries.

Distribution is not possible as a brewpub, but Johnson says it helps the business be more of a community hub. Having food or wine or other options helps bring in those who maybe don’t enjoy beer.

As of November 18, Bricksworth has been open for three weeks. Johnson says things are going well with beer and food selling out so far. But it still feels weird with COVID. Johnson says at BlackStack before the pandemic there were about 10 birthday parties at the brewery a week.

“That’s why you get into the hospitality industry,” Johnson says. “To help people celebrate stuff. And if you can’t accommodate large groups, you’re missing out on all the most important times in people’s lives, honestly.

“We’re making it work but that is why we did this: to have a massive group of people all having fun in the same space. We’re open but we’re missing that final piece.” 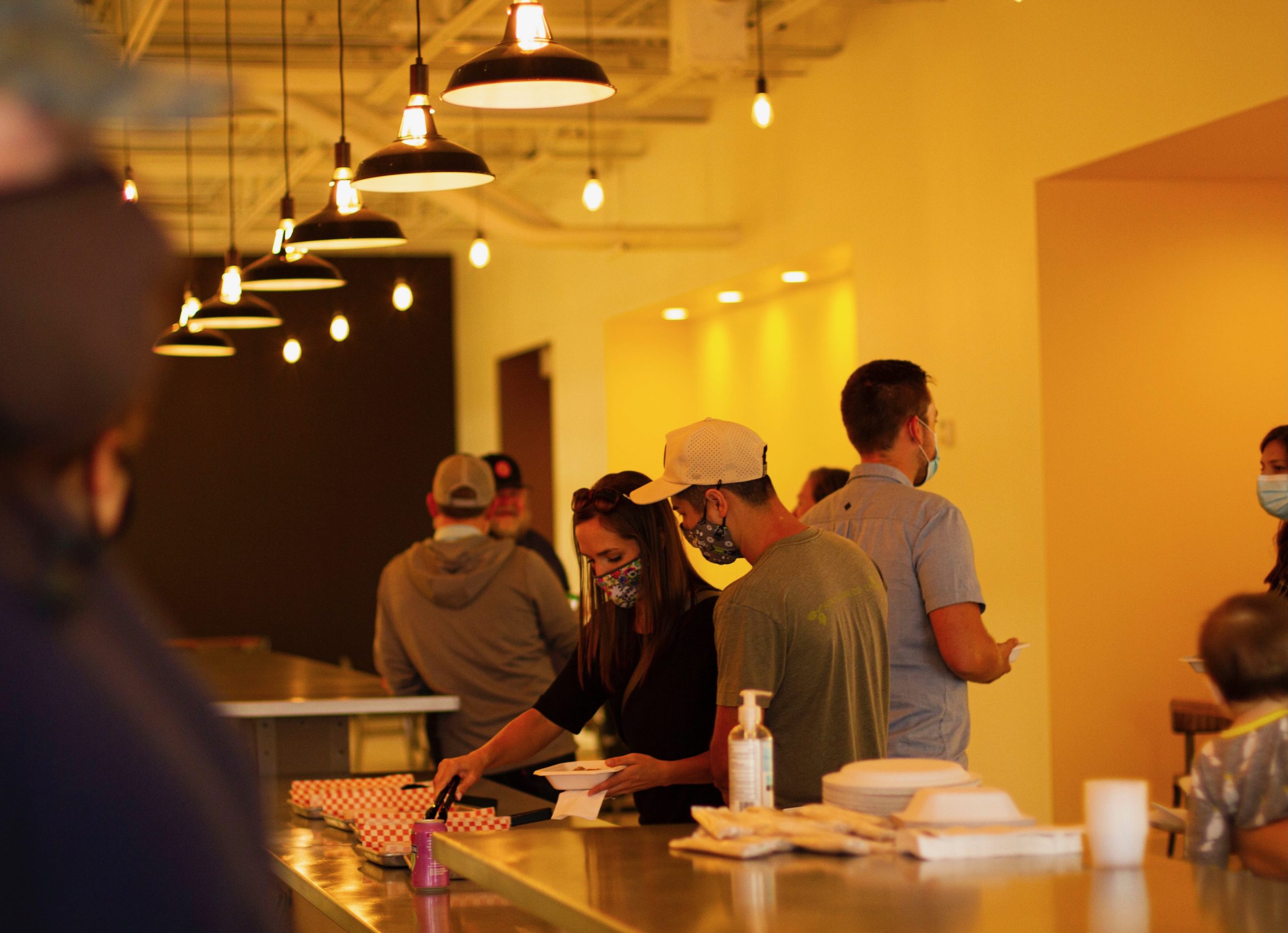 About the Author: Louis Livingston-Garcia

Louis Livingston-Garcia is a Wisconsin-based writer and photographer, occasional guest brewer, and mass comm professional. He travels near (all across the nation) and far (all the way to New Zealand and Australia) with his wife to report on and photograph the beer community. His work has been featured in The Growler Magazine, Heavy Table, October, Hop Culture Magazine, Playboy, GamesRadar, Official Xbox Magazine, Game Informer, and more. You can follow his beer writing via Twitter at @LouisGarcia12, or on Instagram at @biracialbeerscribe. Plus, you're likely to see photos of his cat, Miyamoto.