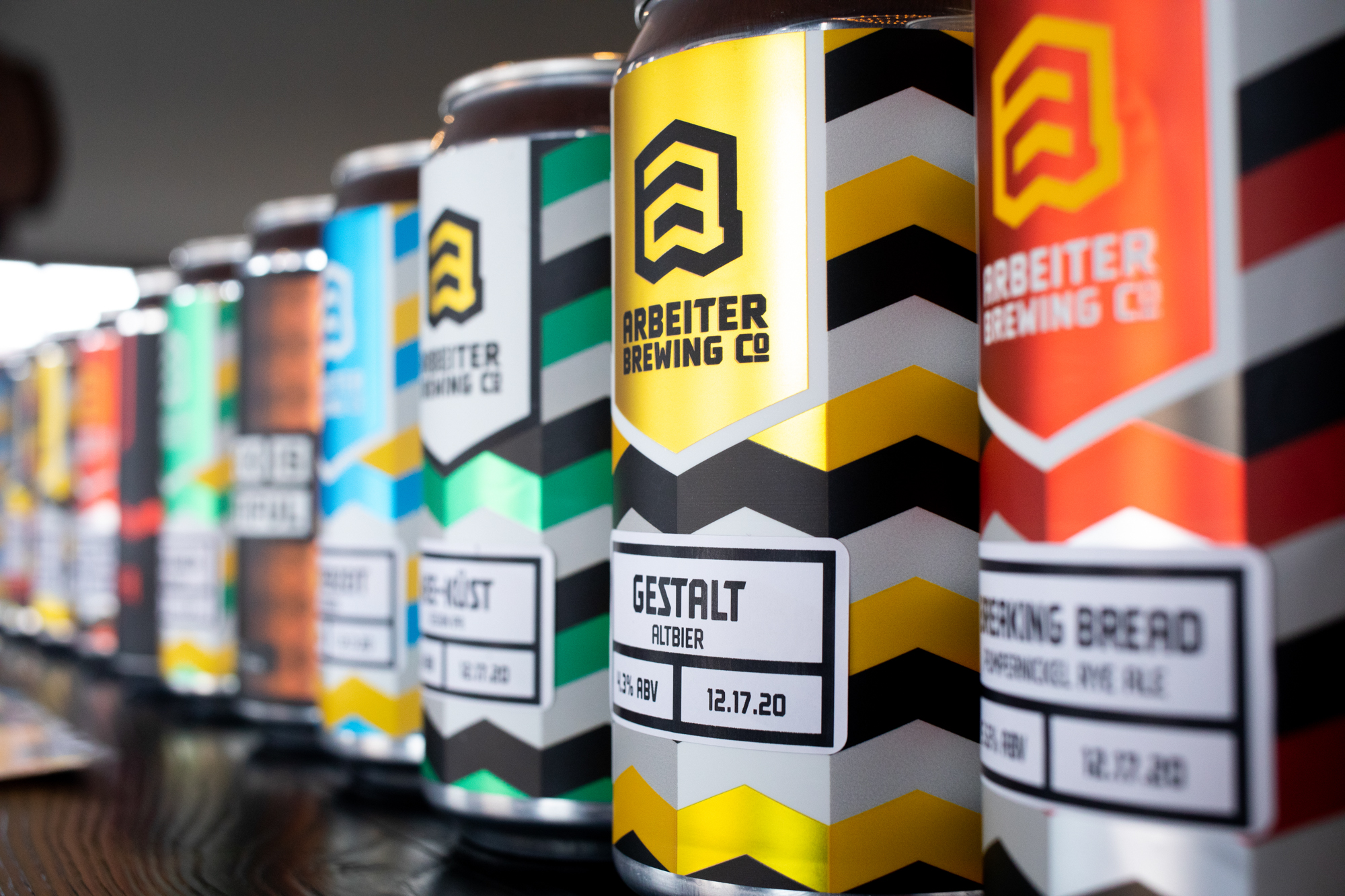 After a long journey, Arbeiter Brewing Company has finally launched in the former Harriet Brewing space at the north end of the Minnehaha Mile, an eclectic community of locally-owned vintage shops and eateries in Minneapolis’ Longfellow neighborhood.

Founders of Arbeiter Brewing, Josh Voeltz, Garth Blomberg, and Juno Choi and brewer Aaron Herman, are determined to provide “beer worth working for.” This mission is where the brewery’s name was born—“Arbeiter” comes from the German word for “worker.”

From marketing to homebrewing to product development, Voeltz, Blomberg, and Choi all have over a decade of experience in the craft beer industry. About five years ago they decided to combine their skills and start a brewery of their own. Head brewer, Aaron Herman, worked previously as the lead brewer at Town Hall Brewery for nearly six years.

Arbeiter has already begun delivering Crowlers to liquor stores in the Twin Cities metro and they began curbside and in-person pickup at the taproom in December. However, they haven’t officially opened the doors of their taproom due to COVID-19.

“We’ll be more than ready to open the taproom once it’s deemed safe to do so,” says Blomberg. 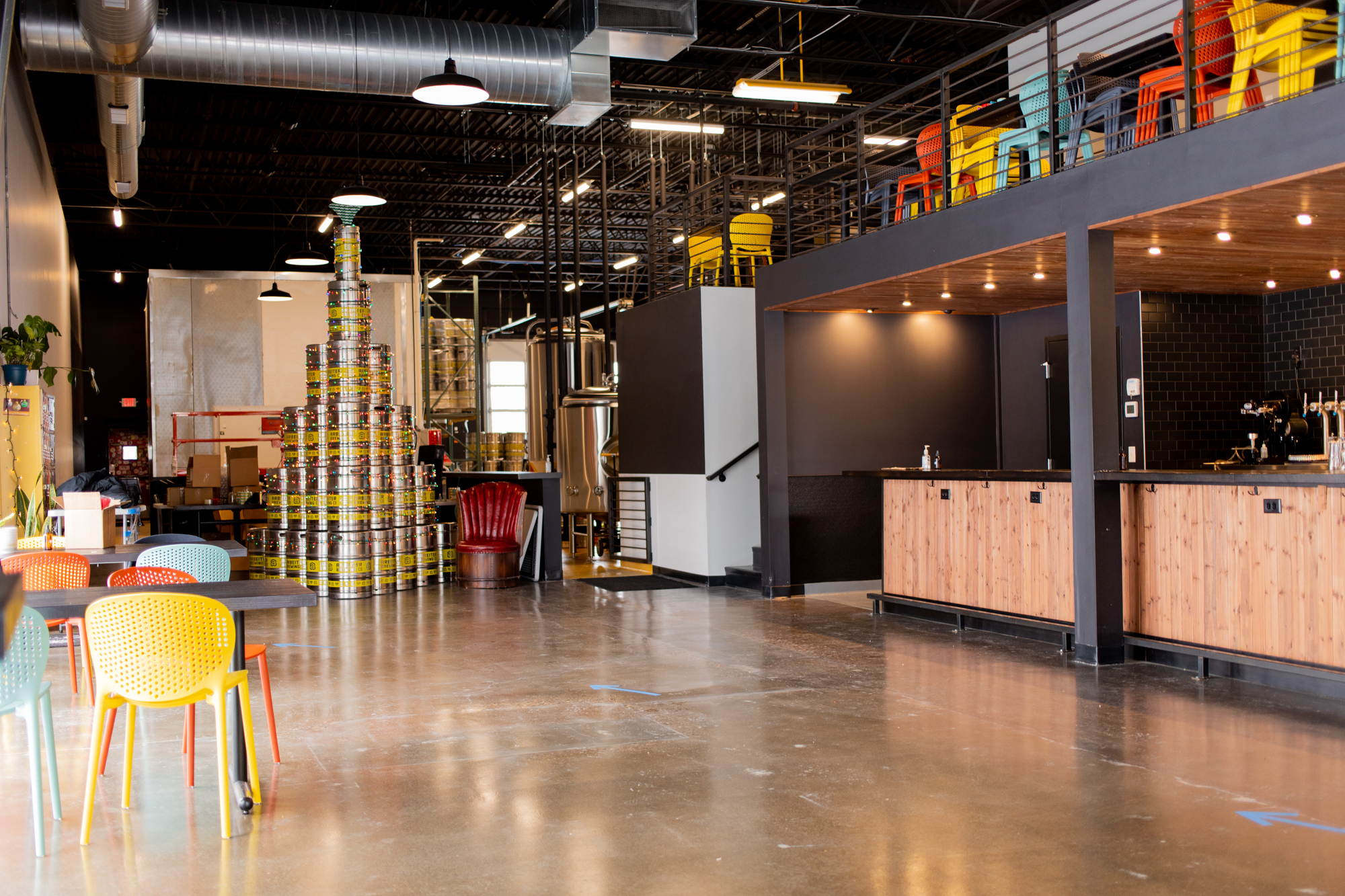 The Arbeiter taproom has room for about 200 people and is furnished with ash tabletops and colorful chairs. When they open, there will be a beer-hall style section, a 500-square-foot area with pinball machines, and a small space with plants, cafe lights, and comfortable seating.

“Our taproom has three large garage doors with windows,” describes Blomberg. “Two facing Minnehaha Avenue with bar-style seating and one leading out to the patio.”

The brewery’s mezzanine level has roughly 500-square feet of open space with views of the taproom, brewery, and Minnehaha Avenue. This section of the brewery will be available for rental in the future.

“One of our favorite aspects of the taproom are the two murals by talented, local artists, Shade Pratt and Jacob Swogger,” Blomberg shares. 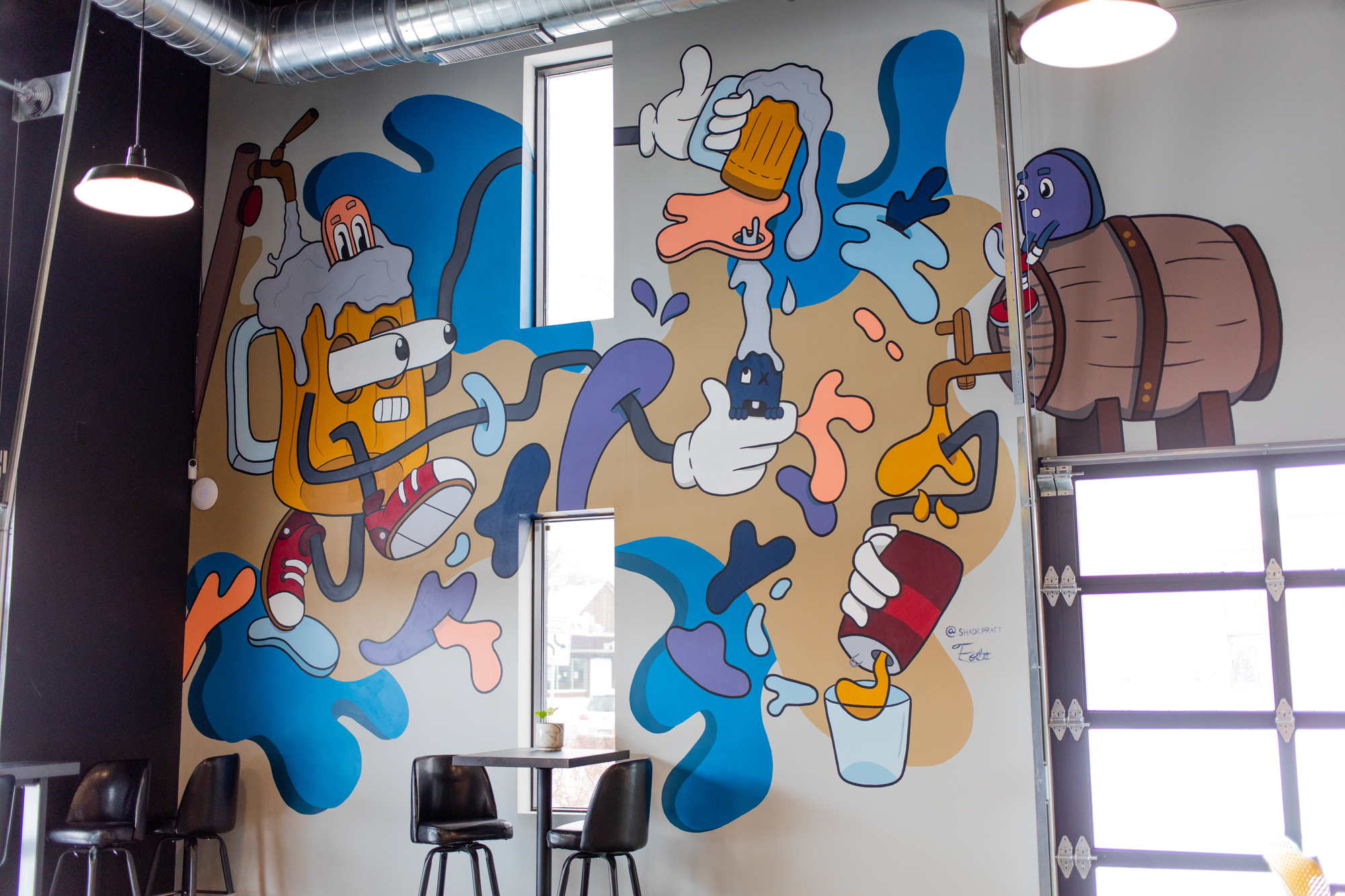 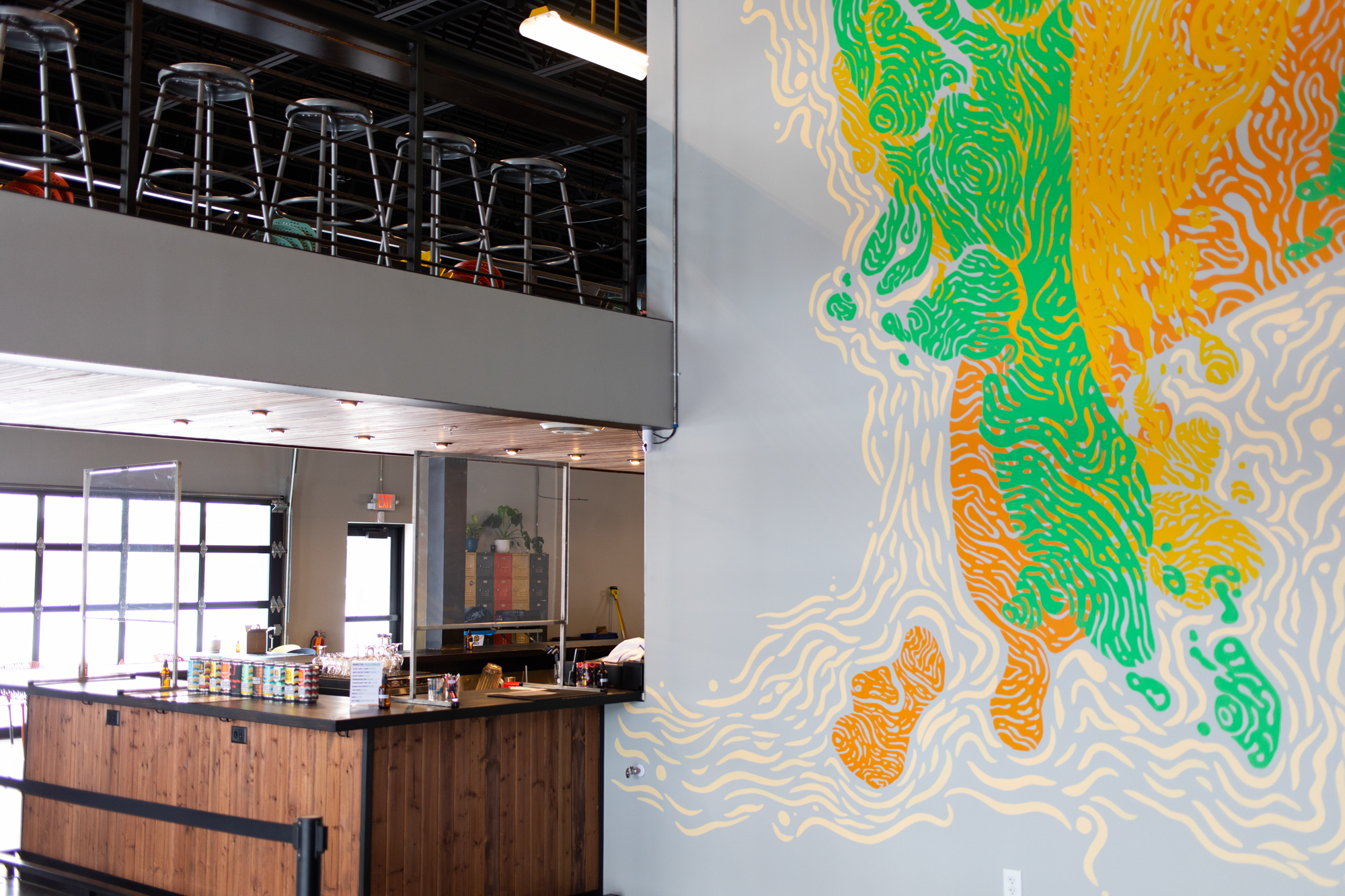 The Arbeiter team wants their fun and vibrant taproom to be an inclusive environment for their guests, staff, and partners. But most of all, they want to brew solid beer.

“We didn’t jump into this with a gimmick or some grand marketing scheme,” Blomberg discloses. “We’re a neighborhood brewery, making great beer from crispy lagers to dank IPAs.”

They also plan on having a barrel-aged program in the future.

“Town Hall Brewpub is legendary with their barrel program,” shares Blomberg. “With Aaron groomed under their tutelage, we’ll be sure to have a program of our own.”

Arbeiter has a 10-barrel, 3-vessel brewhouse from Craft Kettle. They currently have 10 of their 18 available taps pouring beer.

“We’ll have a bigger selection once we’re able to fully open for business,” says Blomberg. “In the meantime, we’ll have curbside and Crowler pick-up available. We’ll always have a healthy lineup of German-style beers for sure, but we’ll be dabbling in many styles from sours to hazies to pastry stouts!”

The team’s biggest adjustment to opening a brewery during COVID-19 was increasing their Crowler supply immediately. However, they’ve adapted quickly in order to share their beer with the community.

“We have a link on our website that allows guests to choose between curbside pickup and taproom pickup for Crowlers and merchandise,” says Blomberg. “But we’re definitely looking forward to having people come enjoy our beer in the taproom once it’s safe!” 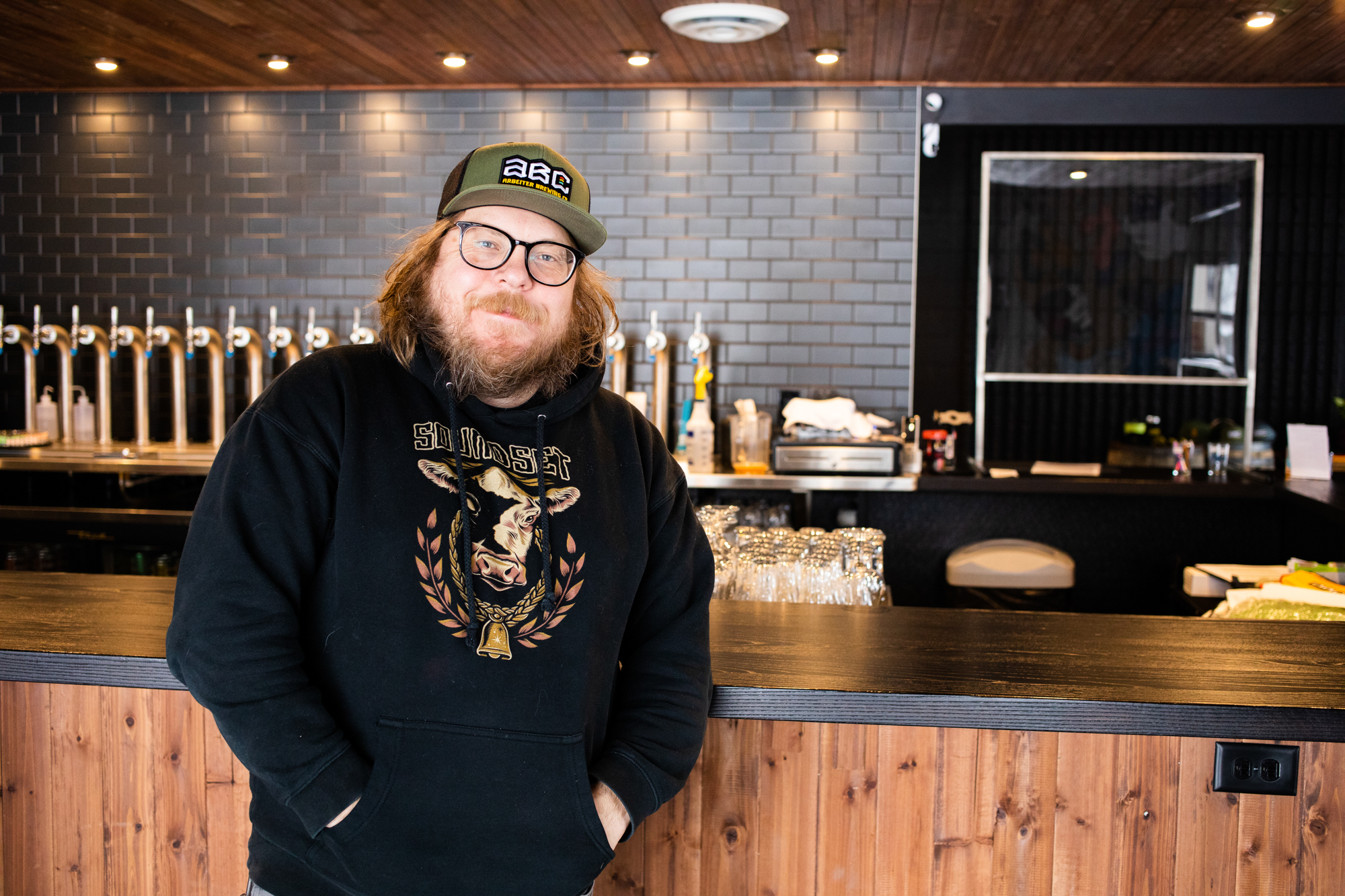