This article was underwritten by our partners at Explore Minnesota. Beer Dabbler maintained editorial control of the content.

Lake Superior’s vast, staggering beauty and cliff-flecked coastline have a magnetic allure drawing draws us to the North Shore, and the consistent tourism traffic has helped the area become a treasure trove for adventurous drinkers and eaters.

While there’s plenty of great places to drink on the way up to Duluth (Uncommon Loon in Chisago City, Northern Hollow Winery in Grasston, Three Twenty Brewing in Pine City, and Moose Lake Brewing in Moose Lake just for starters), for this trip, we’re not going to dilly dally.

Kick off your day in Duluth’s Lincoln Park Craft District, a once-industrial part of town that’s now loaded with hip and happening drinking spots like Wild State Cider. Rejecting the artificial additives and concentrates of mass-produced hard ciders, Wild State’s stuff is sublimely straightforward, highlighting the nuances of specific apple varieties. While still in Lincoln Park, you can bump elbows with surfers over a coffee at The Back Alley, chow down on barbecue at OMC Smokehouse, and sip pints at a plethora of spots including Ursa Minor Brewing, Duluth Cider, and the venerable Bent Paddle Brewing Company.

While it can occasionally be choked with tourists, no trip to Duluth is complete without a visit to the scenic Canal Park neighborhood. Take your requisite trip to the pier to wave at some big ‘ol boats before retiring for a cocktail and the fantastic Vikre Distillery. Known for their herbaceous aquavits and floral gins, Vikre slings a mean cocktail and its upcycled-industrial digs are great for impressing fancy friends. If you’re ready for beer, Master Brewer Dave Hoops serves up fine ales and lagers at the eponymous Hoops Brewing. As you take Superior Street out of downtown, do yourself a favor by picking up beer to go from area stalwarts Blacklist Brewing and Fitger’s Brewhouse.

With Duluth in the rearview, we’re pushing northwards on the coastline-hugging Highway 61. As a Minnesota resident, you’re legally obligated to stop at Russ Kendall’s Smoke House in Knife River to snag some of their legendary smoked fish. We recommend waiting to eat those flaky, fatty little treasures until you’re seated at Castle Danger Brewery, just up the road in Two Harbors. With honest, no-frills beers crafted with a keen eye for balance, it’s easy to see why they’re one of the fastest-growing breweries in the state. Zoom past Split Rock Lighthouse and keep on trucking up to Lutsen for a taste of Superior terroir at North Shore Winery and Sawtooth Cider House.

Our final outpost of Grand Marais offers a breathtaking look at Superior and ample hiking opportunities, plus a chance to sample the wares of Gun Flint Tavern & Brewpub and the nearby Voyageur Brewing. Equipped with a lovely deck, rooftop patio, and robust tap list, Voyageur makes for a great place to wrap up our North Shore booze cruise.

Positively teeming with idyllic lakes and shady forests, Central Minnesota is the definition of “Cabin Country” for many metro area residents. Experienced lake life loungers know that the best way to experience the best that this region has to offer is with a drink in your hand, preferably on a boat or patio.

Travelers heading out of the Twin Cities to the Northwest have a ton of great options for rest stops on the way to Central Minnesota. There’s the enduringly popular Lupulin Brewing in Big Lake, Beaver Island Brewing in St. Cloud, and Bad Habit Brewing and Milk & Honey Ciders in the nearby St. Joseph, just to name a few.

Nestled in between some of the state’s most popular lakes, the Brainerd area is also home to Jack Pine Brewery, whose woodsy taproom and creative infusions make them a favorite stop in the region. In Nisswa, grab a beer at the cozy Big Axe Brewery or expansive Roundhouse Brewery. Just to the Northeast, you’ll find the town of Crosby, which is a mecca for mountain biking. After a day of getting rad on the area’s signature red dirt, you can snag a refreshing beer at Cuyuna Brewing Company, named after the Cuyuna Country State Recreation Area.

As we move farther up the road into North Central Minnesota, you’ll find Rapids Brewing to the east in Grand Rapids. Housed in a former movie theater, Rapids’ sizable taproom also includes a stage for live music and a kitchen capable of tasty pub grub.

On the west side of the Leech Lake area, you’ll find Portage Brewing in Walker. Owner and head brewer Jeff Vondenkamp is a wizard in the brewhouse, especially when it comes to IPAs, making this bright and beautiful taproom a must-visit for hop heads. Folks pushing even further north should also make a point to stop at Bemidji Brewing, whose classically styled, well-balanced beers make them a Northwoods favorite.

On your way back down south, make sure to visit Wadena to enjoy the one-two punch of Drastic Measures Brewing and the recently opened Little Round Still. Drastic is quickly becoming a favorite around the state thanks to their bold NEIPAs and funky sours, while Little Round Still’s gorgeous historic building and winning cocktails make them a worthy visit too.

While the North Shore and the Central Minnesota lakes region might get a lot of publicity, Southeastern Minnesota’s craggy bluffs, rolling hills, and winding river valleys provide plenty of scenic vistas for prospective travelers. Plus, some of the best booze in the state is made down there too!

Our journey starts with a trundle down Highway 52 headed southeast from the Cities. If you’re in need of a pit stop on your way down to Rochester, you’ve got two great options: Scoot over to Red Wing by way of Hastings for some lovely Mississippi River views along Highway 61 or take the more direct route through Cannon Falls.

If you’re the scenic-route-type traveler, we recommend enjoying a beer and some great views on the rooftop patio of Spiral Brewing in Hastings before posing next to the World’s Largest Boot in Red Wing. Continue south to Le Crescent to visit Hoch Orchard to enjoy a range of ciders before hitting Island City Brewing in Winona.

If time is of the essence, Highway 52 takes you right through the idyllic confines of Cannon Falls, and more importantly, Cannon Falls Winery. Beer lovers can skip ahead in favor of Pine Island’s newly-opened, woman-owned South by Southeast Brewing Company.

Rochester is Minnesota’s third-largest city and it’s also home to a booming beer scene that just seems to get better with every passing year. Fans of UK-style ales and European lagers should make a point to visit Little Thistle Brewing Co. on their way into town. Headed by brewer-owner and genuine Scotsman Steve Finnie and wife Dawn, Little Thistle is a warm and inviting taproom with enough fun brews to merit plenty of visits.

Beer geeks travel from all over the country to visit Forager Brewery. The brewpub’s brewing team have a restless curiosity and knack for pairing unexpected flavors that allow his brewery to have some of the most consistently creative tap menus in the state. The kitchen is no slouch either, with stellar pizzas and other pub fare, elevated by locally sourced ingredients.

For non-beer drinkers, our state’s southeastern region also has plenty to offer. Quaint and cozy Plainview vineyard Whitewater Wines punches far above their weight class with their award-winning La Crescent wine, while the handsomely-appointed Four Daughters Vineyard & Winery is sure to please with their complex M Series Marquette (a descendent of the pinot noir) and refreshing Loon Juice cider series. Fans of the harder stuff should make the trek South to Spring Grove to visit the veteran-owned RockFilter Distillery where you can sample their delicious organic bourbon and rye whiskeys. Trust us, the extra miles are 100% worth it.

In Minnesota, the Twin Cities are home to some of the state’s newest—and oldest—craft breweries. Sip and sample this hand-crafted goodness at tasting or cocktail rooms around the state, or in local restaurants. More information at exploreminnesota.com. 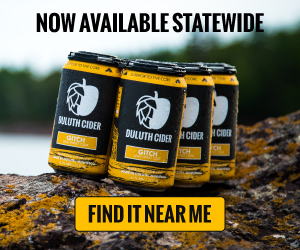 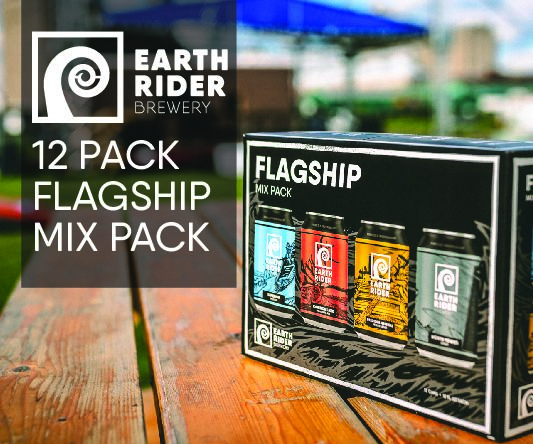 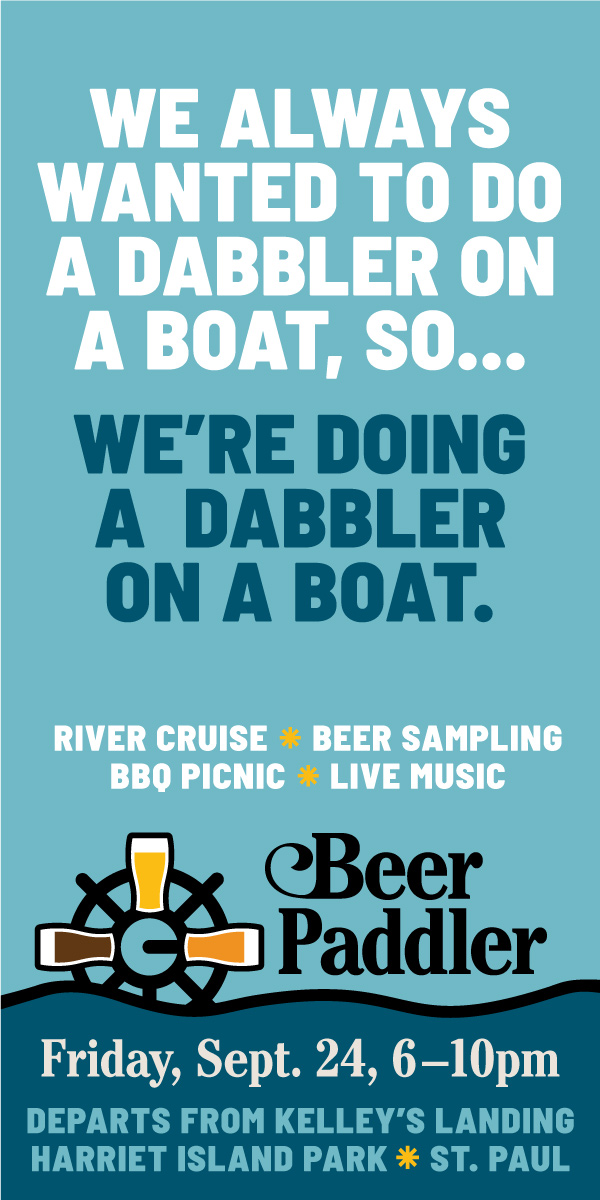 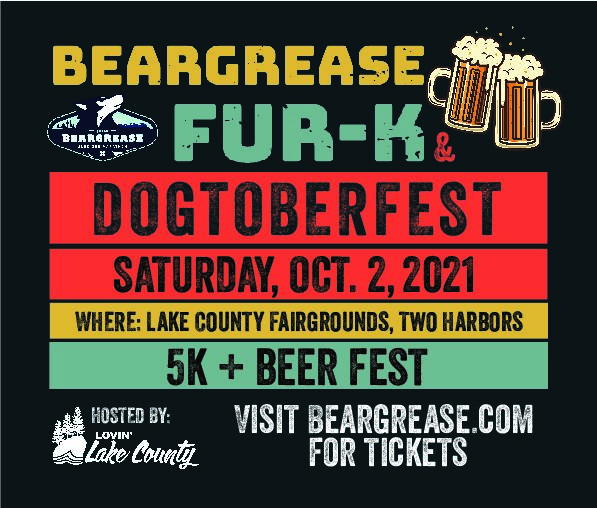 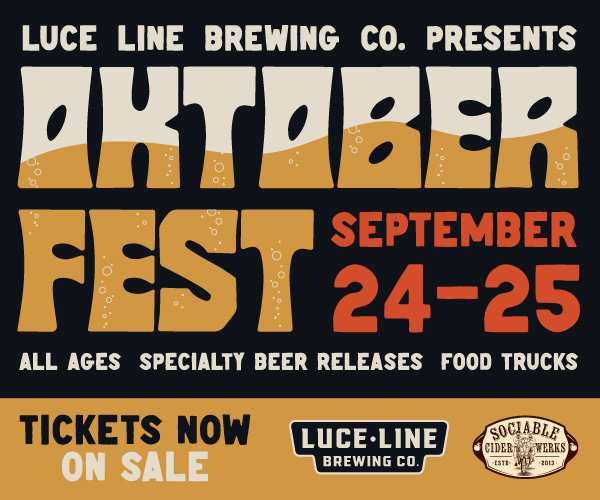